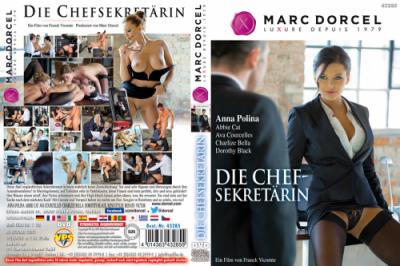 Film Title: Secrétaire de Direction / Executive Assistant / Chefsekretärin / Executive Assistant
Release year: 2014
Country: France
Genre: Vignettes, European, Pantyhose / Stockings, Sex, Lesbian Sex, Anal Sex, Bald
Language: French
Length: 02:10:24
Director: Franck Vicomte
Studio / Distributor: Video Marc Dorcel
Cast:
Abbie Cat, Anna Polina, Ava Courcelles, Charlize Bella, Dorothy Black, Keni Styles, Renato, Victor
Description:
These five stunning secretaries don’t hold back. They are very obedient and will show you just what they are capable of! In meeting rooms, toilets or car parks, these stunning young women dressed in their sexy business suits, blouses, nylon stockings and high heels never miss a chance to satisfy their boss or the various men they come across. They are never satisfied! While Anna is redoing her make up in the toilets, she makes eye contact with a good-looking accountant. That is all it takes to trigger an irresistible desire within herself to be fucked in the ass without any foreplay. Even though she was already fucked by the mechanic that morning, Ava, the executive secretary, finds herself in a meeting with her boss and the Vice-President of the company. Seconds later, she is being shafted by the two men’s big cocks who give her a double penetration fuck! Meanwhile, Anna has met up with her two curvaceous colleagues in the meeting room. Each time the three of them find themselves alone together, the desire to kiss, fondle and touch each other sexually is stronger than anything … The steamiest lesbian threesome in the history of secretarial work awaits you! 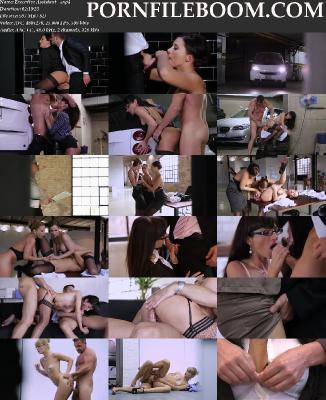